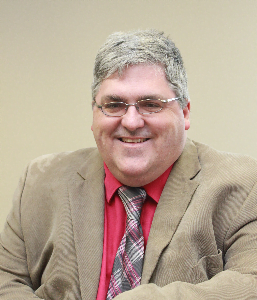 Basil recently took on the role of President with the retirement of James Crosbie in February 2018. Prior to becoming our President, he was our Vice President of Finance & Administration. In this capacity, he oversees our accounting department, the day-to-day office operations and our computer networks. He is our lead when dealing with the various insurance companies regarding accounting issues. Additionally, Basil is in charge of the daily administration of our Local Area Network. He also deals with our Broker/Agents concerning any computer issue. Besides the daily administration of the network, he deals with hardware issues, and deals with our Software Vendors (for our insurance system). Basil came to work for Crosbie Job in the Summer of 1991 as a data processor. He later left the company to pursue a university education. Upon completion of his Bachelor of Commerce in May 1995, he returned as a consultant and has since progressed to his current position. In January of 2000, Basil took on the added responsibilities as Director of the company. Basil looks forward to assisting our clients in any capacity. 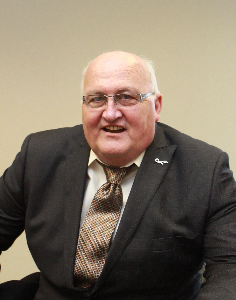 Wayne is the Executive Vice President of Crosbie Job. He is also responsible for our Commercial Lines Department. He has worked in the Insurance Industry since 1973. During his career, he has acquired a multiplicity of experience in the industry. From 1973 to 1977, Wayne worked for Munns Insurance as an underwriter. After acquiring a thorough understanding of underwriting, Wayne moved on to Charbonneau and Associates, where he developed his sales experience and continued his work as an underwriter. In 1980, he moved to Crosbie Reed Stenhouse to fill a similar role as underwriter and sales broker. In October 1981, Wayne successfully attained the AIIC designation and in November 1982, he attained the designation of CCIB. In 1984, he moved to Crosbie Job Insurance Ltd to assume the position of Vice President. In January of 2000, Wayne became a member of the Board of Directors for Crosbie Job Insurance Ltd. 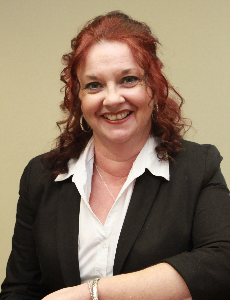 Tina has worked in the industry since 1986 when she joined Crosbie Job Insurance Ltd. Tina has worked in various capacities for our company. She started as our Customer Service Representative and now acts as the Executive Assistant to the Vice President, Wayne Ralph. In this present position, Tina is involved with servicing large commercial accounts. In 2008, Tina added the portfolio of Manager of Commercial Processing to her resume. In this role, she oversees our commercial team, from processors to broker representatives. 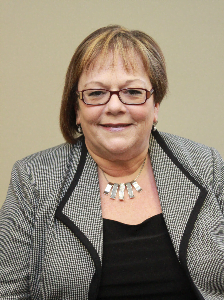 Dianne is our Manager of Personal Lines & Senior Underwriter. She has 20-plus years of experience in the insurance industry. Dianne came to our company from Ankor Insurance as a customer service representative in 1994. Dianne’s outstanding ability to satisfy our customers has had her act as our new Business Consultant which eventually led to accepting the position as our Personal Lines Senior Underwriter in 1998. In 2004, Dianne became Manager of Personal Lines. Dianne’s extensive insurance experience lies in personal lines. As a customer service representative, she developed an understanding of what our clients’ needs are. In her current position, she is now able to take that understanding and ensure that our clients’ needs are met in the best possible way. 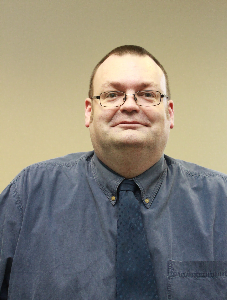 Manager of Accounting and Finance

Paul is our Accounting & Finance Manager. In this capacity, he oversees the daily operation of the accounting department. Paul handles all accounting and finance-related issues, trust accounts, internal auditing, company payables, accounts receivable, account reconciliation and staff payroll. Paul came to work for Crosbie Job Insurance in November 1998 in the accounting department. In March 2000, he attained the position of Accounting & Finance Manager. Before coming to work for Crosbie Job, Paul completed a BA in 1993 and a Business Diploma in 1996 from Memorial University. Paul looks forward to assisting our current and future clients in any capacity. 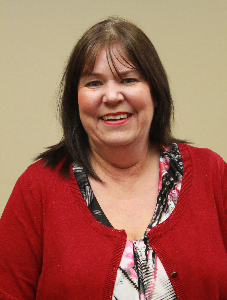 Jackie is an insurance veteran. Throughout her career in the insurance industry, she has done just about every job possible, from working in the mail room, to data processing, to now working as a customer care specialist. Jackie is loved by her clients, as she is always willing to go the extra mile for them. Jackie has her Canadian Accredited Insurance Broker (CAIB) designation. She has been with Crosbie Job for 10-plus years. 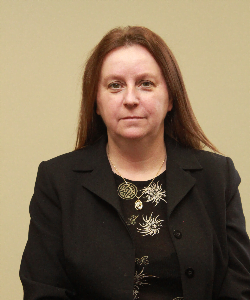 Jeanette is a relatively new addition to the Crosbie Job team. She has worked in the insurance industry for 10-plus years. In addition to insurance, she also has a background in the Automobile Service industry. Jeanette is an advocate for our clients and always wants to make sure they have the best coverage. Jeanette has combined her background in the Automobile Service Industry and Insurance to come to Crosbie Job as a customer care specialist. Jeanette looks forward to meeting our clients. 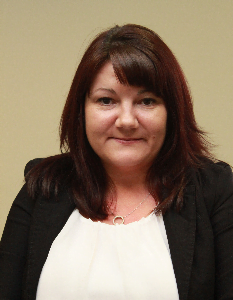 Kim has been in the insurance industry for over 10 years, and joined us from one of our competitors. Kim has recently moved to our Personal lines team. Prior to moving to Personal Lines Team, she worked extensively in commercial insurance. Kim has completed her Canadian Accredited Insurance Broker (CAIB) designation. Kim has the best interest of clients in mind. She works hand-in-hand with a number of our broker representatives, to ensure we find the right product for you, our client. 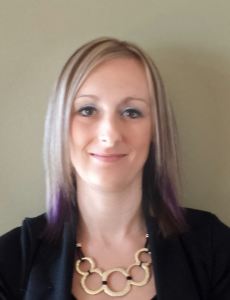 Executive Assistant to the President

Tara has been with Crosbie Job Insurance for 10 years. She is Mr. Crosbie’s Executive Assistant. Tara has complete her Canadian Accredited Insurance Broker designation (CAIB). Tara also is key member of our commercial department and can be found helping out in various capacities. She works with Lombard’s Business Choice, Atlantic Insurance etc. Tara is our Policy Works Ninja. As a valuable member of our commercial department, Tara looks forward to ensuring our clients get the best possible service. 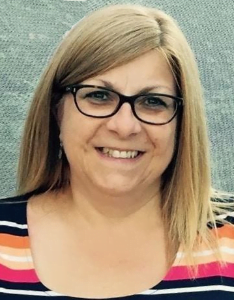 Valerie has completed her Canadian Accredited Insurance Broker designation (CAIB). She has a multitude of experience in both commercial and personal lines. It is clear that Valerie is a seasoned insurance professional, as she has worked with various insurance brokers throughout her insurance career, primarily out of Marystown. Upon moving to St. John’s, she came to work for us in personal lines sales and service. As time passed, Val has moved onto our commercial team, and is now the key member of our commercial processing. 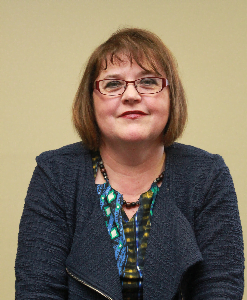 Joan is a Crosbie Job lifer. Joan started out working in one of broker representatives office and has found her way to St. John’s to be a key member of our Personal Lines team. Joan has completed her Canadian Accredited Insurance Broker (CAIB) designation. Joan works diligently on our customers’ behalf. 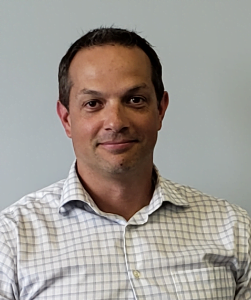 Reed is one of our Sr. Commercial Accounts Managers. Reed came to the Insurance Industry from Credit Counselling. He has completed his Canadian Accredited Insurance Broker designation (CAIB) and was one of the first graduates from the Insurance Brokers of Canada’s Elite Force Producer Academy. As Sr. Commercial Account Manager, Reed specializes in Commercial Insurance. Reed looks forward to meeting prospective clients and ensuring that their business is properly looked after. 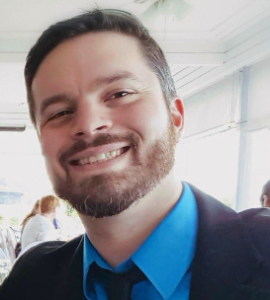 Stephen has been with Crosbie Job since June of 2018, having joined us from one of our competitors. He is a 9-year veteran of the insurance industry. He started in personal lines and moved to commercial prior to joining us. Stephen offers exceptional customer service to our clients. He is thorough and will do a deep dig to make sure that you are covered. If you are looking for someone who will look after your commercial business insurance, someone who is willing to go the extra mile and leave no stone unturned, then Stephen is your guy. Give him a shout, you won’t be disappointed. 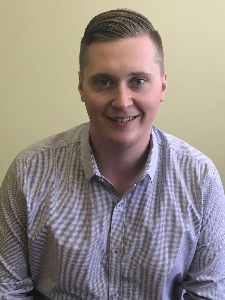 Doug is the young gun of our Commercial Lines team. He has sales and service in his blood. Doug started his professional life in Mobile Phone Sales and came to the Crosbie Job Team in October 2016 as a Personal Lines Customer Care Specialist. Two years later, he has moved to Commercial Insurance. Doug has completed his CAIB (Canadian Accredited Insurance Broker) designation in the earlier winter of 2019. He is a recent graduate of IBAC’s Elite Producer Academy (2019). Doug is an avid hockey player, and enjoys golf. He looks forward to chatting and making sure our clients are well looked after.

Bill is our Commercial Accounts Director. He has been in the insurance industry for 20 years and has a vast array of experience. He has served in many capacities, such as claims, personal lines sales, commercial marketing and now Commercial Sales. Bill has an extensive educational background, completing many courses in various fields of the insurance industry. This impressive array of experience allows Bill to develop a comprehensive plan to meet the insurance needs of his commercial clients. Bill looks forward to meeting with previous clients, current clients and future clients to review their insurance requirements. Bill encourages the public to give him a call, they won’t be sorry. 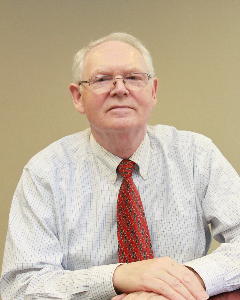 Gerry is one of our Senior Accounts Managers. He works out of our St. John’s Office. Gerry is originally from Fogo Island, and quite often can be found there. Gerry has an extensive background in the Insurance Industry. He originally worked for the Sovereign General Insurance Company in 1979. He later moved to Job Brothers Insurance (later to become Crosbie Job Insurance Ltd.) as an assistant manager. Having an extensive background in the industry, Gerry is very comfortable dealing with all classes of insurance, including life and marine. He is a full-time career professional insurance agent who is readily accessible to all his clients. Gerry enjoys working with his clients to find the best solutions for their insurance needs. 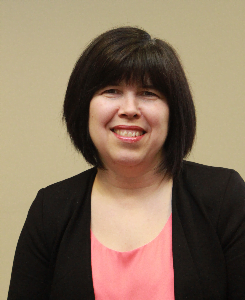 Rhonda is another Crosbie Job lifer. She has been with us for more than 20 years. She joined Crosbie Job as a data processor and has held various roles with us over the years, Rhonda currently works with the Dominion/Travelers portfolio and the Intact Portfolio. Rhonda has achieved her Canadian Accredited Insurance Broker (CAIB) designation. She is Dianne Crocker’s go-to person for personal lines issues. 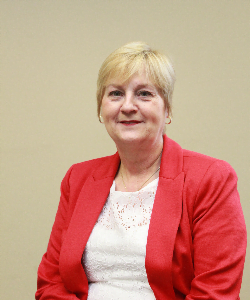 Lynn joined Crosbie Job Insurance after retiring from the telecommunications industry. She originally joined us as relief staff, but soon became a permanent member of our team, Today, she manages data for the Federation Insurance Company and Intact Insurance while assisting in the renewal department. 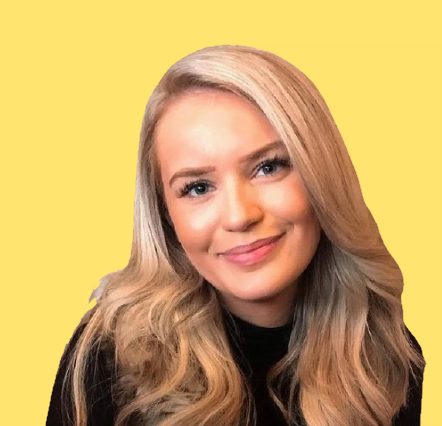 Laura is a relative newcomer to the insurance industry, having started with Crosbie Job in 2018. She currently works out of our accounting department, but fills various roles. She often works on reception and contacts clients regarding renewals etc. She is energetic and vibrant and truly enjoys dealing with our clients. 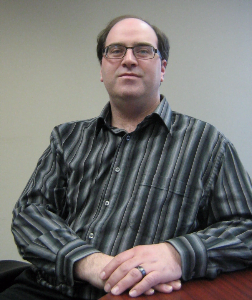 Christopher is a long-time member of the Crosbie Job Team. He is based out of renewal department. Chris’ primary role is getting personal lines renewals out to our customers. He also assists in various IT projects and administrative duties. 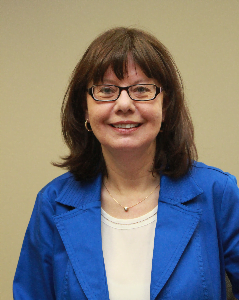 Christine is veteran member of our commercial team. Christine retired from Crosbie Job a number of years ago, but could not stay away. She returned to us 6 years ago to work on a part-time basis. She loves us. Christine has done it all in the insurance industry. From underwriting to customer service, it makes no difference whether it is commercial or personal lines. Currently, Christine’s primary focus is Northbridge’s Business Choice. She also helps many of our commercial producers. 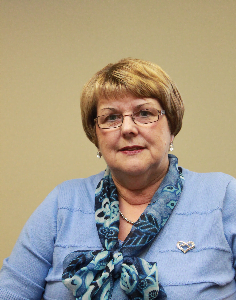 Geraldine has been with Crosbie Job Insurance since the 1990s, first as a Broker Representative for the Old Perlican Area, and then she moved to the St. John’s office in early 2002. She assumed the role of Commercial Marketer around 2008. Although technically retired, Geraldine returns throughout the year to assist the commercial team where ever she is needed. Geraldine is currently off till the next time she returns.